Pursuant to U.S. Federal and California State law, the JVP employers shall pay inmate employees a wage comparable to wages paid by the employer to non-inmate employees performing similar work for the employer. If the employer does not employ such non-inmate employees in similar work, compensation shall be comparable to wages paid for work of a similar nature in the locality in which the work is to be performed. In this latter case, the California Employment Development Department will assist employers in determining the minimum entry-level wage for each job position.

Most private California employers—regardless of size—are governed by both federal and state wage and hour laws. Federal and state wage and hour laws differ in a number of ways, and, when they do, employers must follow the provision more favorable to employees. For example, both the U.S. and California require employees be paid a minimum wage rate. California’s minimum wage has been $15.00 per hour since January 2022.

Payment of the minimum wage is one of two major requirements under federal and state wage and hour laws; the other is payment for overtime work. Again, the state has the more generous laws. Here is a basic summary of California’s overtime pay requirements–an employer must pay one-and-one-half of an employee’s regular rate of pay for:

There are industry-specific exceptions to these requirements. Please consult with legal counsel for further information.

In addition to federal and state taxes, the following distributions are made from inmate’s net wages:

Voluntary and “At Will” Employment

Inmates volunteer to participate in the Joint Venture Program (JVP). Their employment is “at will” and as such may be lawfully terminated by the JVP employer at any time with or without cause. 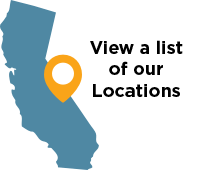